Seattle OKs Micro-Development in Your Own Backyard 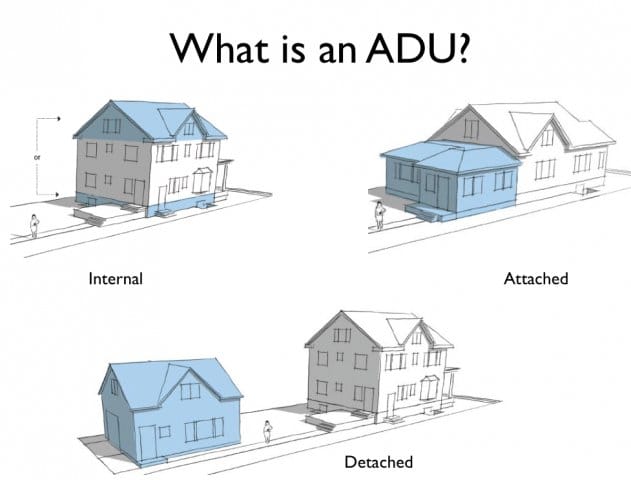 This new legislation has huge implications for homeowners, homebuyers, investors, and renters. The changes will lead to more than 2,400 additional homes over the next decade. Coupled with the 2,000 ADUs that were already expected, Seattle will likely see 400 new ADUs added to the rental market each year. 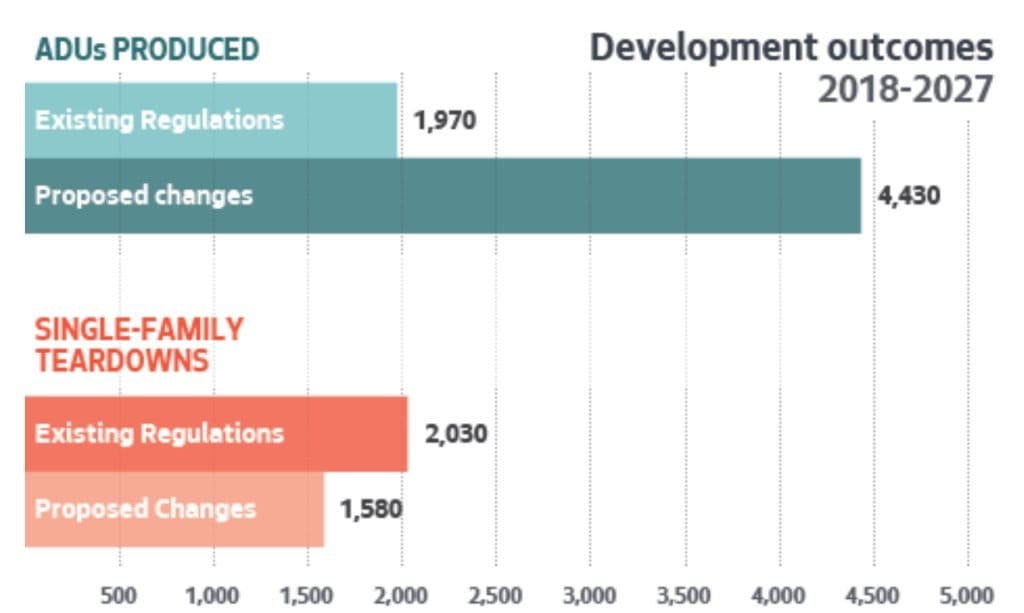 This vote ushers in a slew of reforms beyond these broad implications, including some green incentives. We’ll break down the most important parts here:

Before: Seattle has allowed ADUs since 1994 and detached ADUs (DADUs) since 2009, but only one per single-family lot.

After: either two attached ADUs or one attached and one DADU are allowed per single-family lot. A second ADU built as a detached ADU must either (1) comply with green building practices for either the detached ADU or the primary residence or (2) be rented as affordable housing for a minimum of 50 years at no more than 80% of the area’s median income to eligible households.

Before: owner must live on the property at least six months per calendar year to have an ADU

After: owner does not have to live on the property to have an ADU

Before: off-street parking requirements based on number of units, regardless of whether those units are primary residencies or ADUs

Before: Up to 8 unrelated people can live on a single-family lot

After: Up to 12 unrelated people can live on a single-family lot

Before: 4,000 sq ft lot required for a detached ADU

Before: 800 square feet (including storage and/or an attached garage)

After: 1,000 square feet (excluding storage, an attached garage, and/or up to 35 sq ft for bike storage)

Before: 12–16 feet high (dependent upon lot width), plus additional 3–7 feet for butterfly, shed, and pitched roofs.

After: 14–18 feet high, plus additional 3–7 feet for butterfly, shed, and pitched roofs, plus 2 feet for roofs that use green building strategies. Open railings up to four feet above the base height limits (14–18 feet) are allowed (rooftop decks).

Before: no limits on house size relative to lot size

After: maximum of 0.5 floor-to-area ratio. For example, a 4,000 sq ft lot can only have 2,000 sq ft of floor space, inclusive of all structures except ADUs, basements, small accessory structures (up to 500 sq ft), and small attached garages (up to 250 sq ft). Additions to pre-existing homes are exempt from the FAR cap as long as they do not exceed a 20% sq ft increase. 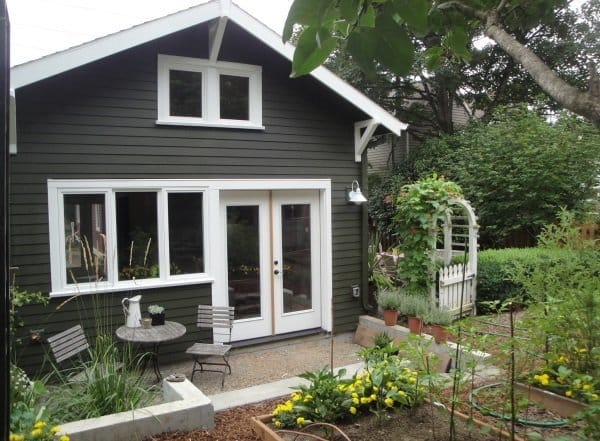 Seattle gained more than 130,000 residents between 2010 and 2018, as well as 48,052 new housing units. But most of those units were built in the limited areas that allow multifamily housing. Only 5% of the new housing went in single-family zones, and single-family zones make up three-quarters of Seattle’s residential areas. Incredibly, amid all Seattle’s laments about density and development and overpopulation, single-family zones actually lost population during the city’s recent boom. These laws aim to correct that imbalance.

With this new legislation, Seattle City Council hopes to

“Seattle is in the midst of an affordability and housing crisis,” Mayor Durkan said in a statement. “This crisis calls on each of us to act with urgency, using every tool available to increase housing options and make room for our neighbors as quickly as possible. Today, the Seattle City Council took an important step with the passage of this legislation.” 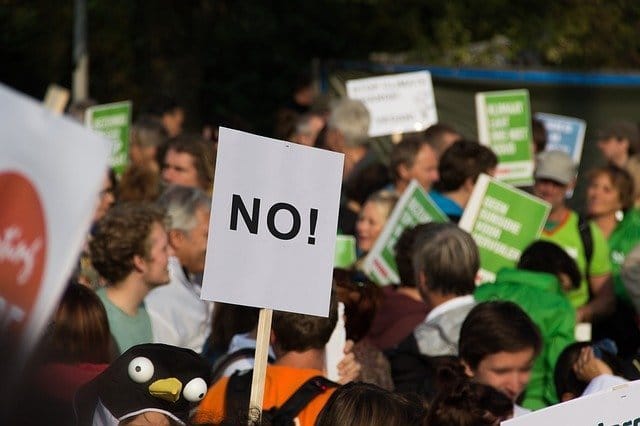 3. Arguments for and against

Those who supported the new laws include urbanists, labor unions, and homebuilders. They say ADUs can provide new housing opportunities, especially in neighborhoods where single family homes are often unaffordable to many people. AARP claims accessory units can provide senior homeowners with extra income and, true to the mother-in-law term, that ADUs can let seniors live independently alongside their children.

Those who opposed the new laws were led by the Queen Anne Community Council. They claim ADU reform will make Seattle’s low-density blocks less desirable, exacerbate parking problems, and fail to create more affordable housing options. The critics warn that the new rules could increase gentrification and reduce home-ownership opportunities, as none of the 400/year ADUs can be bought or sold independent of the whole lot. 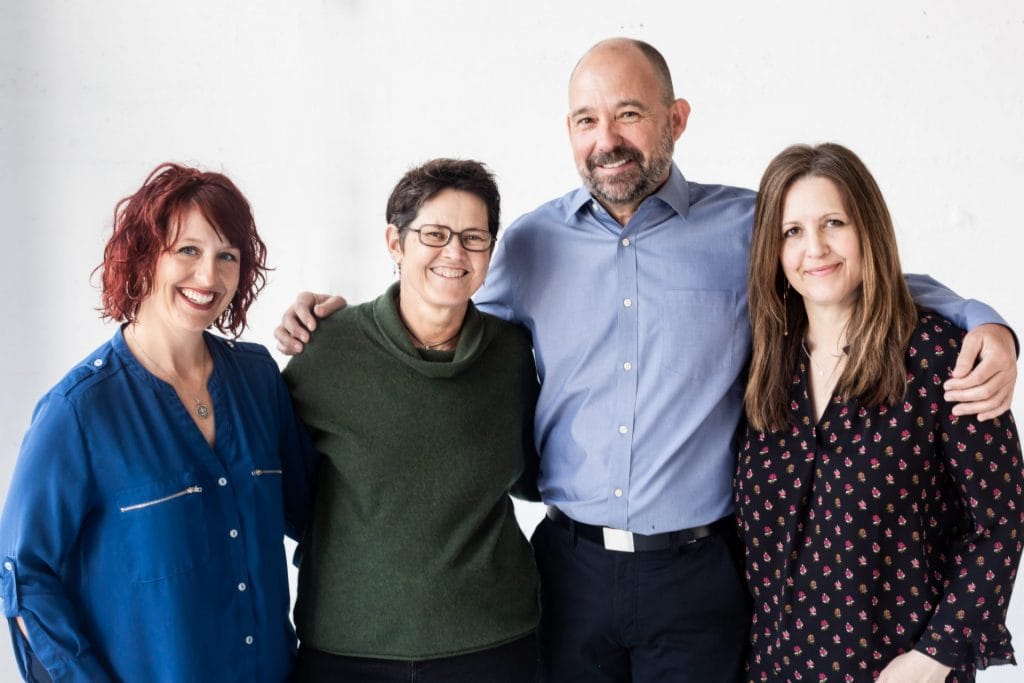 These ADUs are for renters only. Because ADUs share a single-family lot with a primary residence, they can’t be sold individually. So strictly speaking, they won’t affect the number of listings on the market. However, they should relieve some demand on the ownership side of things by expanding rental options.

If you own a home, the new laws allow for your own backyard development. Homeowners can create up to two ADUs on their property, and by renting those out, they can add two revenue streams to their single-family home. If you want to jump on this early, just let us know and we can point you toward our recommended contractors.