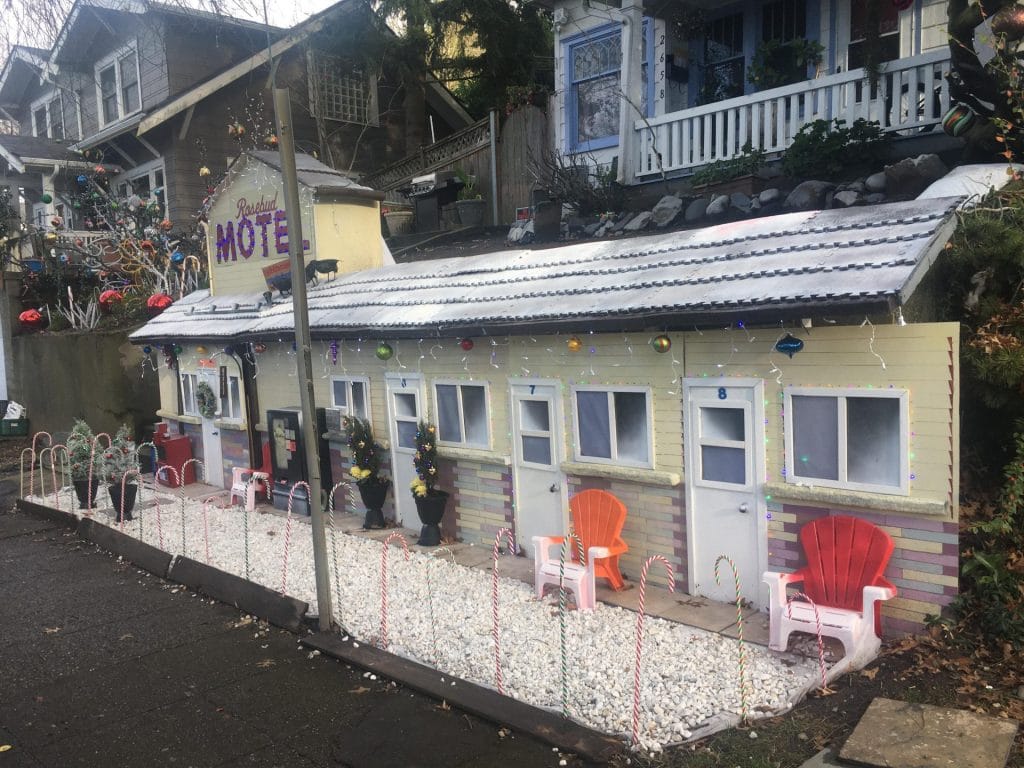 Seattle has a Rosebud Motel of its very own—a small-scale homage to the show Schitt’s Creek. Near the intersection of 10th Avenue West and West Bothwell Street in the Queen Anne neighborhood, Richard Knowles has built a miniature version of the show’s famous motel.

Some backstory, if you haven’t watched Schitt’s Creek:

Seattle’s Richard Knowles loves the show, of course. Last year, during the doldrums of the pandemic lockdown, Knowles built a half-size version of the show’s motel. He kept adding details throughout the year, making his Rosebud Motel more and more true-to-show. It features tiny chairs, a half-size mailbox, foam blocks, and faux roof tiles. Knowles even painted bricks as exact replicas, down to each haphazard color. It’s back again this year, and it’s worth a visit.

“Just about every piece is had created,” Knowles told King 5 News. “The tiny chairs and mailbox cam from a store but everything else I figured out and made myself.”

The Rosebud Motel wasn’t Knowles’s first. Every Halloween, he transforms his yard into the Bates Motel (from Alfred Hitchcock’s Psycho). His mini Bates Motel is a longstanding a neighborhood hit, and its popularity inspired him to repurpose the motel for host the Rose family. The community, of course, is delighted.

“I was just bored with the whole COVID thing,” Knowles told The Seattle Times. “It’s something to do, really. I’ve always been kind of artsy. It just worked out.”

The motel will only stay up for a few weeks around Christmas, so pair it with an excursion to see Christmas lights and enjoy an evening outside!